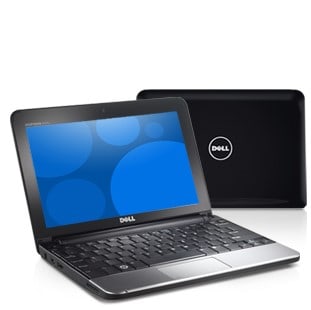 Almost everything you want in a mobile companion, but sexy features cost extra

It seems that the popularity of the Internet on-the-go and social networking sites like Twitter, MySpace and Facebook, we’re all looking for gadgets that let us stay communicated 24/7. The problem with a laptop is that they’re generally too large, heavy and pricey to take everywhere with us. In addition, battery live isn’t that great. That’s where netbooks come in.

Netbooks are smaller and more portable than laptops – the screen sizes range from 7- to 12 inches – and they tend to use lower power processors such as Intel’s Atom or Via’s C7 in order to maximise battery life. Sure they don’t have an optical drive (you will need to attach an external drive), but they are chiefly intended for light computer work such as browsing the Web, cloud computing (using online web services such as Windows Live Mesh, Google Docs etc), checking e-mail, and word processing; they aren’t up to heavy video editing, photographic work or gaming. At the higher end, however, they begin to compare unfavourably with standard laptops in terms of price and features.

Towards the end of last year Dell introduced its Inspiron Mini range of netbooks, starting off with the Mini 9 (£249), which sports a 9-inch display. Only last month it added a 12-inch model to the mix (£349), leaving space in the range for a 10-incher. So here we are, the 10-inch Mini is real. Similar to the first two attempts, the 10-incher is still pretty compact, light, portable and almost comfortable to use for long periods. The Mini 10 (£299) is, essentially, an easy-to-carry Internet companion that you can fine tune to fit your specific needs and deeds. Like its counterpart, the Mini 10 is ideal for teens, tweens, travellers and ‘Tweeters’ to browse the Web, chat with friends, blog, stream content, upload photos or enjoy online videos, music and games. If you want to do any ‘proper’ computing, buy a laptop instead.

The 10.1-inch WSVGA (1024×576 pixels) display is impressive, offering relatively wide viewing angles, good brightness levels and vibrant colour reproduction up to 720p, and there are three USB ports as well as 10/100 Ethernet port, audio jacks (line-out and microphone-in), and a SD/MS/MMC card reader. There is also an analogue VGA-out port for connecting to an external monitor or projector. Most intriguingly, the unit has an HDMI port onboard – a curious inclusion whose benefits are limited unless you plan on getting high-definition video onto the Mini 10’s 160GB hard disk drive. Dell says that optional features due later this year will include an internal digital TV tuner and what it vaguely calls ‘high-def resolution’ – both of which could make the availability of HDMI much more interesting.

The keyboard is almost full sized at 92% and the keys have a good response, but the directional arrow keys are too narrow – its roomy design and comfortable keys rectify one of the biggest drawbacks of the Inspiron Mini 9. There’s a full row of F-keys, which were absent on the Mini 9 and introduced on the Mini 12, but the multi-touch touchpad sits a little too close to the edge of the enclosure.

Available in expanded colour palette options to express your personal style (Obsidian Black, Alpine White, Cherry Red, Pretty Pink, Ice Blue and Jade Green), the Mini 10 is more than capable of handling the basic computing tasks it was designed for. However, thanks to Intel’s wretched graphics chipset and poor driver support, the video playback – both streaming Internet video and files stored on the hard drive – brings the machine to a crippling halt. To add insult to injury, the Mini 10 boats an operating time of under 3 hours from the 4-cell battery, which is borderline acceptable. The Mini 10 is a fine all-round netbook, but we’d have liked a much better battery life and 3G built in as standard. The lack of solid state storage at launch (February 26) is another disappointment, as is no Gigabit Ethernet for super-speedy wired networking.