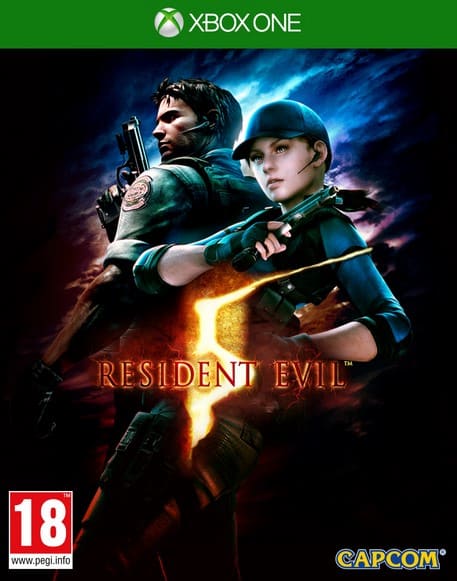 Departs from its traditional survival-horror roots, but is still an outstanding game

The emergence of the Resident Evil survival horror series began in 1996 and gamers around the world were quickly immersed in the game’s engrossing story and wowed by its technological achievements. A runaway hit since its introduction, the entire series has sold more than 27 million units worldwide, winning numerous awards and revolutionising the survival horror genre. Resident Evil is a proven franchise that continues to captivate gamers with each new installment.

Resident Evil 5 – known in Japan as Biohazard 5 – is the latest installment in the unequalled Resident Evil series. Available exclusively for the PlayStation 3 (£39.99) and Xbox 360 (£39.99, reviewed here), Resident Evil 5 revolutionises the series by delivering an unbelievable level of detail, realism and control. In doing so the game is certain to bring new fans to the series while expanding the world of video game entertainment to new heights.

The biohazard threat has not ended: Just when it seemed that the menace of Resident Evil had been destroyed, along comes a new terror to send shivers down player’s spines. Chris Redfield, returning protagonist of the original Resident Evil and Resident Evil: Code Veronica hero, has followed the path of the evil literally around the globe. After joining a new organisation, Chris heads to Africa where the latest bioterrorism threat is literally transforming the people and animals of the city into mindless, maddened creatures. Chris must take on the challenge of discovering the truth behind this evil plot. In an amazing gameplay twist, Resident Evil 5 teaches you to fear the daylight as much as you feared shadows in previous games.

Resident Evil 5’s setting has a very similar feel to the film Black Hawk Down. Naturally proceeding from where Resident Evil 4 left off, the main playable character is still Chris Redfield and the game takes place roughly ten years after the events of the original Resident Evil. The utterly compelling story explores Chris’ life during the ten year interval between the two games, detailing how he became a member of a group known as Bioterrorism Security Assessment Alliance (BSAA) and sent to investigate an incident in a desert area that serves as the game’s setting.

There’s also a new female character in the series, Sheva Alomar, who is an agent of the West African branch of the BSAA, who assists Redfield while supplying him with ammo and support. She also comes in handy by engaging enemies and helping to traverse awkward obstacles. The addition of a second character is a brilliant touch, as playing the game though with a ‘partner’ helps to alleviate some of the intensity of the gruesome environments and enemy characters. On the downside, Sheva has irregular bouts of hopelessness and requires your assistance, which is often more than an inconvenience.

Resident Evil 5 offers plenty of gameplay surprises to keep you on your toes. The cut-scenes are also excellent and really help to carry the story. One moment you’ll be shooting and hacking away at zombie mobs, only to suddenly face off against some seemingly invincible mini-boss in the midst of town. Next you’ll be exploring working your way through the claustrophobic confines of a secret research complex or racing across the Savannah manning the chain gun on the back of a humvee. Hardcore fans may be disappointed by the departure from the traditional survival-horror roots, but Resident Evil 5 still delivers enough thrills to keep you hooked.

The game is one of the most polished to date. It looks and sounds fantastic, and the animation of characters (enemy included) is almost lifelike. There are plenty of different gaming environments too, so unlike F.E.A.R. 2 you are not restricted to rummaging around dark and derelict buildings with a flashlight. It’s also an action feast for two playing co-op and gives the game a second wind once you’ve played through the single-player campaign.

Resident Evil 5 is not without its flaws. The most annoying is that the main character is slower than the goddamn zombies and you never really feel in total control – at least not compared to other third-person games like Gears of War or Dead Space. Reloading can only be achieved by aiming and standing still, and not being able to melee with a selected weapon is unrealistic (you have to use a knife). You can only melee when standing still, too, which is a pain, and discarding a weapon sticks it up your ass instead of throwing it on the floor for weapon caching. Get over these annoyances (and you will) and you’ll love every minute of this fantastic game.