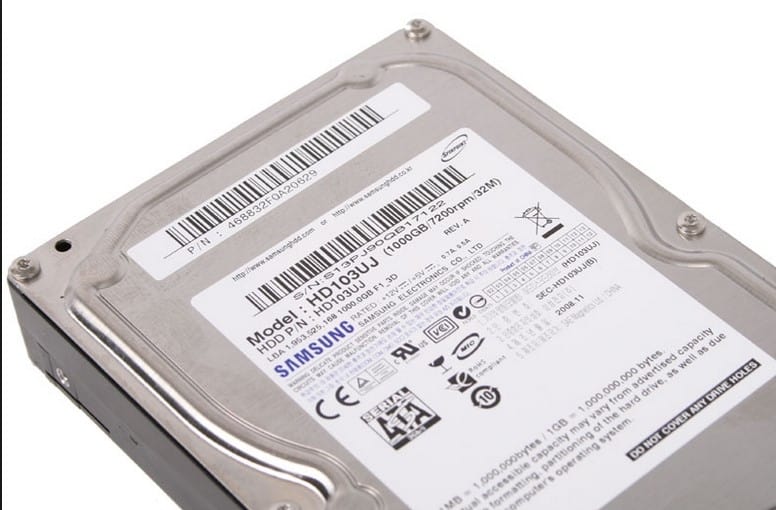 The SpinPoint F1 is hard to beat for the price

Now is an exciting time for the storage industry. Not only have laptop hard drives seen capacities jump up to 500GB, but regular 3.5-inch desktop hard drives have reached the 2TB capacity point. These Serial-ATA drives are the mainstays for enthusiast users as well as for data centres, with expensive SAS or SCSI drives increasingly being replaced.

To store and play back the limitless amount of digital media content on the Web, you need a drive that provides fast and reliable data transmission. From movies to music, Samsung’s SpinPoint F1 drive answers all your computing needs with a solution that is so quiet you won’t even know it is there. The HD103UJ (Best Current Price: £79.99) is the top model in Samsung’s Spinpoint F1 family. While all models are based on the same data density (350GB per platter), rotation speed (7200rpm) and interface (SATA/300), only the 1000GB and 750GB models have the full 32MB of cache memory for super-speedy performance.

The HD103UJ boasts a 8.9ms seek time, which results in an effective average access time (including rotational latency) of 14.2ms. Sadly this isn’t the fastest on the market, but it’s quick enough. Where the HD103UJ makes up time is by using three platters – other 1TB drives use four or even five platters to achieve their colossal capacity. That’s an impressive 333GB on each platter – the highest areal density we’ve seen in a hard disk. Thus, in our tests this gave the HD103UJ a fast average sustained read speed of 95MB/s, topping out at 110MB/s at its outer sectors. Even the inner sectors were faster than most.

The availability of terabyte hard drives at well below £100 is not only important for corporate customers that need to create large-capacity storage with a minimum drive count, it also opens up new options for end users: a 1TB drive is large enough to hold all of our personal data for the next few years, at least for the very vast majority of us. It is also large enough to store a decent amount of High Definition content, and a single 1TB drive could be used to back up multiple computers at home. A single 1TB drive is large enough to replace two or three older hard drives by a single one, which is easier to manage. But using a 1TB as system hard drive may bring with it the need to upgrade your existing backup resources. Finally, larger hard drives will also contribute to further price drops of mainstream capacities such as 400- and 500GB.

Samsung’s SpinPoint F1 HD103UJ is exceptional value. Not only is it a very good performer, but it’s low on noise and doesn’t require much power. It also sports one of the most advanced technologies for high-speed data transfer. Unless you need a monster 1.5TB or 2TB drive – and the relatively high price that goes with it – the SpinPoint F1 HD103UJ is a brilliant drive for the asking price.