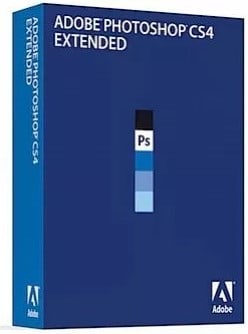 VERDICT
The most powerful graphics editor on the market, but you’ll need to dig deep

Adobe’s Photoshop is the market-leading professional-level image editor for the Macintosh and Windows. The original Mac versions were the first to bring affordable image editing down to the personal computer level in the late 1980s. Since then, Photoshop has become the de facto standard in image editing. Although it contains a large variety of image editing features, one of Photoshop’s most powerful capabilities is layers, which allows images to be rearranged under and over each other for placement. Photoshop is designed to read from and convert to a raft of graphics formats, but uses its own native format for layers (.PSD extension).

Photoshop has always been about delivering cutting-edge innovation that pushes the boundaries of digital image editing. Sure it’ll take you a lifetime to master, but this latest version is no exception with some stunning new imaging technology that complements Adobe’s work to bring more control, simplicity and speed to everyday tasks. The sexiest new feature in CS4 is Content-Aware Scaling, which enables you to size and scale images with a simple drag of the mouse. Let’s say, for example, you want to resize a portrait for use in landscape. By choosing Content-Aware Scaling, Photoshop adjusts the image size without distorting the visual content. New Auto-align and Auto-blend modes generate composites based on extended depth of field and 360 degree panoramas now with seamless tones and colours, and finding, previewing and managing image assets has been improved with Adobe Bridge CS4.

Existing Photoshop users will also appreciate the new path-bar navigation and workspace selection buttons across the top of the Bridge window let you go to just the right display for every task. Also included are new Camera Import controls, visual folder navigation, and a Carousel View for larger image-group selections. The software offers smoother pan and zoom for easily editing images at the highest magnification, and the new Canvas Rotation tool makes it simple to rotate and work on an image from different angles. A new unified application frame helps keep work areas clutter-free, and a tab-based interface and self-adjusting panels help make it easy to quickly access advanced tools.

A really cool new feature is the Adjustments panel. The panel – which formerly resided in the Image/Adjustments menu – hosts tools for Curves, Levels, Photo Filter and so on, all of which add non-destructive adjustment layers to your image. The layers can be rearranged, turned on and off, or discarded entirely. And you can create your own presets to add to the ones provided in the panel. If you are a chronic masker, the new Masks panel is convenient for making both pixel and vector selections. This panel has sliders for adjusting feathering and density, as well.

With every release of Photoshop you wonder how Adobe can possibly improve this awesome image editor. Photoshop CS4 is a performance powerhouse and packs in tons of enhancements, a wealth of non-destructive editing features, numerous tool tweaks, and an improved interface that helps reduce panel clutter. Make no mistake, Photoshop CS4 is not for casual photo hobbyists. Designed primarily for photographers and imaging professionals, the software is very expensive and has a huge learning curve – just check out the range of tutorial books in your local bookstore and the number of training courses available throughout the world!

Sadly, the software’s text support is still slow, awkward, and often produces subpar output because it’s bitmapped opposed to vector text. The only workaround to get professional results is to import the final image into a vector-based program such as Adobe’s Illustrator or Corel’s CorelDraw, then add crisp vector characters to your picture. If you want the best, don’t mind the cost, and have the hardware to run it, Photoshop CS4 Extended is the best. For most of us not needing the special 3D features of Photoshop CS4 Extended, Photoshop CS4 is just the ticket.